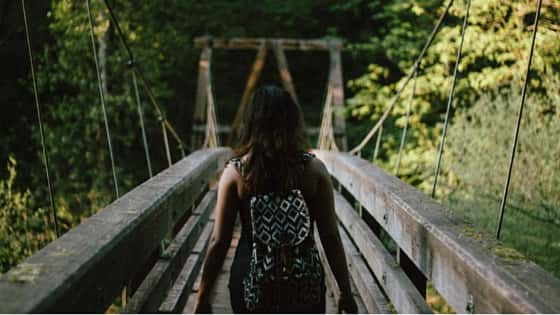 “That was the best thing that ever happened to me.”

You’re a hard worker. You do what you think you’re supposed to do, and then you sit back and wait for things to happen. Sometimes, good things happen, while other times for some unknown reason, not so good things happen. More often, though, nothing happens. You didn’t get that promotion you deserve, you didn’t receive the recognition you deserve, and the world didn’t come to an end. Nothing happened.

“I can’t believe that happened to me.”

You don’t let the lack of results stop you, though, you keep going. You keep doing what you know you’re supposed to be doing. You have faith that eventually, what you’ve been waiting for will happen.

What exactly are you waiting for?

This little two word phrase, to you, packs a lot of meaning. If you’re like many of the rest of the world, including me, you have probably said that “happened to me” at some point in your life. The problem with this statement is that it removes all sense of ownership. You no longer feel in control of the situation, or possibly your life. You feel as if the universe is causing things to happen to you.

The danger in the to you mentality

If you believe that some force outside of yourself, call it luck or circumstance, is causing things to happen to you, then you will never understand your own role in your life.

Let’s take a different look at my meaning.

William Shakespeare penned, “All the world’s a stage, and all the men and women merely players.” Each of us is playing a role in life. We are the supporting actors in the world’s scenes; we’re part of the crowd. But, in our own story, we are the main characters.

We have the leading role, and there’s no understudy. Every action and inaction is still the main focus of the story. Every moment has a place, a line on a page. How that reads is completely up to us.

When you are waiting for something to happen instead of taking an active role in your life, something else gradually creeps in that’s difficult to spot and even more difficult to reverse.

When you’re waiting for something to happen, nothing will ever be enough.

Read that one more time because I really need you to hear me. When you’re waiting for something to happen, nothing will ever be enough.

You will hit milestone after milestone. Nothing will feel like an achievement any longer because it won’t be. The other side of the to you mentality is that you also view good things as a result of something outside of yourself. Every good thing that happens to you won’t contain the satisfaction it should. It won’t feel like your victory. It won’t feel like something of your own making or like you had a role in it at all.

It won’t feel like that something you’ve been waiting for, either.

Because it happened to you.

If something good happens, it happens. Or, you worked hard and achieved an outcome that you had set as a goal. Or, maybe it was something as simple as putting yourself out there and taking a chance. Whatever the scenario, you had a role in it.

Giving your power away

Waiting for something to happen and seeing each event as something that happens as anything other than your own making will rob you of your satisfaction. Sure, it means that you aren’t only taking credit for the good things and almost wins but also for the failures and flub ups. Sure, it places all the responsibility squarely on your shoulders. But, do you know what else it does?

It means your life is happening. You are living.

All of that waiting means that you haven’t engaged life. You are passively watching it go by as you watch for that something, “it” to come along. Your life is passing you by.

Even our inaction is an action. Our choice to not act is a choice that results in a specific course of action. So, you’re driving the car whether you’re in the driver’s seat or not.

Why not start making the choice to leap? Take the chance and start really living.

When we don’t own it, when we’re not stepping into that leading role position in our own story, we are giving all of our power away. All of our achievements no longer contain meaning, because we have surrendered our power.

Don’t give your power away. Take it back. Own your role.

If you’re waiting, it’s time to start living. It’s time to stop waiting. It’s time to step into that leading role and take action. No one says it is easy or that you can change everything overnight. I promise you it won’t be easy and it will take some time. Take the very first step today. Begin the journey.

If you’re not sure what that first step looks like, then make this your first step—join me and a community of women just like you.